Clogging in the kitchen

It is easy to slip on the oil slick, but if it is deposited inside the sewer, the slippery surface will not always come to mind. Because it's oil, even where it is not used for cooking from this fat, that is, care must be taken with the oil, it has to be treated that way, so as not to endanger the safety of drains.

How the oil gets into the sewer?

About fried meat plates, for example, but it can also happen, that the family really likes tuna salad: Now, a significant proportion of canned tuna is made with sunflower oil, so then the salad plate is already in the kitchen drain, it goes into the odor trap, then the sewage pipeline would continue to flow towards the settlers. But the oil is not so modest, that “sitty and sutty” is already going on in the street pipe. Certainly not. Rather, he “looks around, spins and grumbles ”, then it is deposited, for so it is pleasing and no one, but no one can have better insight. And sooner or later the oil, but it will almost certainly not cause a blockage for very long, which is why you need to call anti-clogging, in the morning or at noon, at night or at tea time, you can count on us: magyarendre.hu, the reliable precise solution, for all clogging problems.

Aj, what are we talking about, Aunt Gizike could say of the fourth, who hates carp, but he likes the oily, smoked Sprotnit. Mama Gizike also has an reputation for being environmentally friendly. Collects paper separately, sorts the plastic, and if you occasionally take a serum, then also throws the metal box into the selective, lest they be selected out of the rubbish. But let's get back to the ground floor, where was the last such blockage, that Mrs. Mánkovics' copper-enclosed kitchen cabinet was so swollen, that he fell to pieces the next day, Luckily, that he was able to take out the faience in time, that is, family heritage, a large soup bowl did not fall victim to clogging. Luckily, that Mrs. Mánkovics is very attentive to every little noise, he didn't just notice, that the eighth-grade granddaughter of the Kurtá, who was sixth, brought a new suitor (just a coincidence, that his parents were not at home), the old woman heard it too, that something is wrong with the drain. After the strange bubbling, the sewage system became clogged, így aztán időben tudták értesíteni a clogging ügyletünket, that is, the employees of magyarendre.hu, thus, only the ground floor apartments suffered more damage. The cause of clogging was the siltation of the pipes. It is not good for the sewage system, if the oily fish has an excess oil content, egy az egyben beleöntik a WC-be vagy a konyhai lefolyóba. Believe me, that even after frying straw potatoes, it is not allowed to drip "used oil" into the floor drain in the kitchen. Oil is a very insidious "good", sticks and sticks, everywhere
"Crawls", and causes inconvenience. The worst, to stick to the inside wall of the pipe, barely noticeable, in a very thin layer. Only then would we be aware of it, if we occasionally smoothed out the inside wall of the sewer pipe, but I haven't heard that before and the anti-clogging specialists themselves only see the inside of the sewer in very exceptional cases, appears, if a camera channel scan is performed. 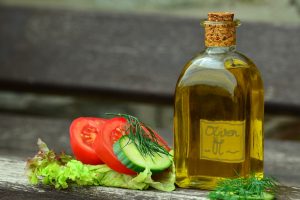 The oil is therefore deposited on the wall of the pipe, like some kind of thin film and it feels really good there, for he does not want to leave for God's sake, he even gathers another one next to him, oil droplets from oily fish. The stain is gaining weight, thrives, and if it's there today, he laughs at the anti-clogging, to whom he will soon give up the lesson. Tiny grains of sand get stuck in the oil film on the wall of the pipe. Very small grains from turnips, but in a similar way, it is not good to clean Zebulon's shoes in the kitchen sink from dog dirt in the playground., because the sand grains, the barely visible, ugyan eltűnnek a sink szifonon keresztül, but may accumulate in the sewer, if they had not settled out of the siphon first.
And once the deposition begins, then the slimy layer in the sewer will grow unstoppably, which tightly clogs the tube, and on a fraction of the previous diameter it is much harder to drain the sink water.
In vain did Aunt Malvin's daughter buy a dishwasher for the retired teacher, if it has previously been difficult to make the drainage system interoperable, that is, the family will be in big trouble at Easter, when the great structure will be flown to the top. Wash the last pieces of carrot cake and vanilla cream perfectly in vain, if you can’t get the sewage out of yourself, more precisely, the inability to transmit to the drain, but it will drip onto the kitchen stone, causing no small annoyance to the family. Lest there be a festive atmosphere, leave us the smelly details: magyarendre.hu and the anti-clogging will arrive at the weekend, on tuesday or good friday, so anytime.

In any case, we recommend, to be written on the side of the refrigerator: magyarendre.hu, it's natural with us, to any anti-clogging issue, they can contact us in case of trouble. We have to say, that more and more people are calling us from across the country, but still only, most of the reports come from around Budapest. Let's see, which are the most typical neighborhoods, where we are already well known! From Budakeszi, From a maiden village, We are also being dialed from Monor, because they know well, that the employees of magyarendre.hu never leave a blockage behind. To us the precise, reliable and fast work is typical. They know this in Gyál, Around Fót, Dunakeszi, Also in Solymár and Páty. From Tahitótfalu and Nagykáta, They will find us in Nagykováci, because a holiday and any day of rest will reach our deal, where our professional colleagues will find the answer to all your anti-clogging questions. But they reach us in Gödöllő, From the border of Szentendre and Vecsés, About Pit, and Üröm and Budakalász, that is, magyarendre.hu here too, there too, he knows his stuff!